Team Fornazor at VIV Russia, a vertical trade fair for the animal protein production industry. Exhibitors ---from feed milling to ready-made value added end products---take part. This fair first started at the beginning of the 21st the century, when the Russian economy began to grow rapidly again after the crisis at the end of the 90’s. A strong emphasis from central government on self-sufficiency for the Russian meat industry proved fertile ground and addressed interests of local suppliers and distributors. 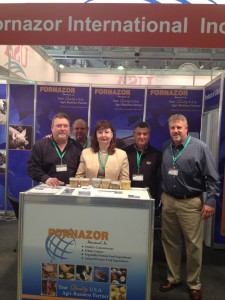 The fair was very well attended and we have an abundance of leads.

A good time was had by all!