While soybeans are the largest source of edible oils in the United States, producing more stable oils which requires less hydrogenation and provides a trans-fat-free alternative for applications such as frying oil, their popularity is not just because of their low trans-fat content and production abilities. 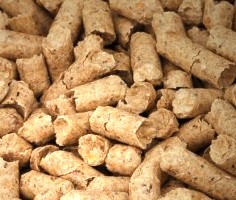 Ruminant animals are animals that have multiple stomachs to aid in proper digestion which consists of swallowing food, regurgitating, chewing and swallowing food again. This process is called ruminating.

Since these ruminant animal digestive systems include enzymes necessary to break down phytic acid, and additional steps are not required before consumption, soybeans are the ideal feed ingredient for ruminant animals.

Soy hulls are a byproduct of soybeans that have been processed for soybean oil and soybean meal. When soybeans are processed for soybean oil and soybean meal, they are crushed, cracked or rolled to break down the whole bean into smaller pieces. The hulls of the soybean are separated and removed by airstreams or fans and carried away. These soy hulls are collected and toasted to destroy their ability produce ammonia, which neutralizes gastric acid, and crushed or ground to particle size requirements.

For more information on soybeans, soy hulls and soy hull pellets, contact us. Fornazor is also a leading provider of feed ingredients and distillers grains nationally and internationally.